Posted on February 14, 2015 by Sivan Butler-Rotholz 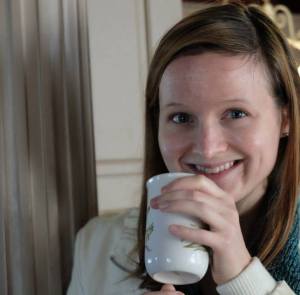 I remember the sunset pooling into the hollows
of your collarbones.

Your sweater was plum-colored and torn
near the neck.

I could hear the beat of flywings
after you left me

alone on our green porch swing at dusk. Every time
I returned,

I watched their black bodies gleaming in the air
like bits of iron.

I remember our mother crumpling onto the kitchen
floor. The phone’s

battery falling out and hitting the tile.

The kids next door got a BB gun for Christmas. The older
one shot a ring-necked dove.

Our cat dragged it to the porch, and I found it the next
morning,

its white feathers piercing the air.

The flies had settled into the holes in its body.

You were dressed in purple when they buried you.

I felt October folding into itself
like a paper boat,

the leaves spinning madly towards the earth.

The hard wood of the piano bench
etched lines into my thighs.

I played only Bach the entire year. By the end
I did not think,

and my hands moved from memory
through the pages of counterpoint,

one melody announcing itself to the world
with my left hand,

the other curling into itself at first, then rising,
lifting its voice to meet the air,

the night, the sky.

Today’s poem was originally published in Thrush Poetry Journal, and appears here with permission from the poet.


Hannah Bessinger is currently an MFA student at North Carolina State University. She grew up in Georgia, and finds that the landscape of the South influences her writing. She is currently working on a poetry thesis, and she plans to apply to medical school after graduation from her MFA program.

Editor’s Note: I was once told by an editor that a poem of mine was “curly.” Now, mind you, this editor’s feedback was in translation. Nonetheless, I have wondered at the essence of that comment for some time. Today’s poem helps me to understand what was meant. In English, we would not typically say “curly” about a poem. But we would say “shifting.” We would say “transformative.” We would focus on the poem’s movement—how it turns, how it moves like waves lapping the shore and returning to sea. How it moves like a dancer, both committed to form and inspired to unique expression. These are the ways today’s poem moves.

Begin in memory. Remember a person. Remember someone you loved. Turn from that person to decay, to “the beat of flywings / after you left me,” “their black bodies gleaming in the air / like bits of iron.” Turn next to loss. To mother. To the kids next door, their BB gun, destruction. Return to loss. To decay. Turn to burial. Poem, be a scavenger bird, circling. Then break the circle. Step outside. Into October, “the leaves spinning madly towards the earth.” Step farther out. Into music, “one melody announcing itself to the world.” Then rise. Rise from the palpable, the comprehensible, the “hard wood of the piano bench” to the observable yet inconceivable, to “the night, the sky.”

This is the dance of today’s poem. This movement its ocean. And all the while we are grounded in concrete detail. In vivid imagery. The particular experience of the poet so distinct it becomes our own. The title sets the stage, and the performance unfurls before us. Writhing. Twisting. Curly, if you will.

Sivan is the Managing Editor of the Saturday Poetry Series on As It Ought To Be and holds an MFA from Brooklyn College. She is a professor, writer, editor, comic artist, and attorney emerita. She is also the founder of Reviving Herstory. Sivan welcomes feedback, poetry submissions, and solicitations of her writing via email at sivan.sf [at] gmail [dot] com.
View all posts by Sivan Butler-Rotholz →
This entry was posted in Hannah Bessinger, Saturday Poetry, Saturday Poetry Series and tagged American Poetry, contemporary poetry, nostalgic poetry, Occasional Poetry, Poetry, Poetry of Loss, poetry review. Bookmark the permalink.