Posted on January 18, 2014 by Sivan Butler-Rotholz 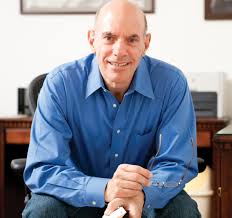 Let no one keep you from your journey,
no rabbi or priest, no mother
who wants you to dig for treasures
she misplaced, no father
who won’t let one life be enough,
no lover who measures their worth
by what you might give up,
no voice that tells you in the night
it can’t be done.

Let nothing dissuade you
from seeing what you see
or feeling the winds that make you
want to dance alone
or go where no one
has yet to go.

You are the only explorer.
Your heart, the unreadable compass.
Your soul, the shore of a promise
too great to be ignored.

Mark Nepo is a poet and philosopher who has taught in the fields of poetry and spirituality for forty years. A New York Times #1 bestselling author, he has published fourteen books and recorded eight audio projects. Recent work includes: Reduced to Joy (2013), Seven Thousand Ways to Listen which won the 2012 Books for a Better Life Award, Staying Awake (2012), Holding Nothing Back (2012), As Far As the Heart Can See (2011), Finding Inner Courage (2011), and Surviving Has Made Me Crazy (2007), as well as audio books of The Book of Awakening, Finding Inner Courage, and As Far As the Heart Can See (2011). As a cancer survivor, Mark devotes his writing and teaching to the journey of inner transformation and the life of relationship.

Editor’s Note: Today Mark Nepo blesses us with a poem that celebrates all that each of us are capable of achieving. Poetry has historically been a source of inspiration, and “Breaking Surface” takes part in this age-old tradition, speaking straight to the heart, and imploring us to “Let nothing dissuade you from … [going] where no one has yet to go.”

Today’s piece is dedicated to Virginia Wilcox, herself a constant source of inspiration and a reminder of all that we are capable of when equipped with the right outlook and a willingness to seek out inspiration in the world.

Want to read more by and about Mark Nepo?
Mark Nepo’s Official Website

Sivan is the Managing Editor of the Saturday Poetry Series on As It Ought To Be and holds an MFA from Brooklyn College. She is a professor, writer, editor, comic artist, and attorney emerita. She is also the founder of Reviving Herstory. Sivan welcomes feedback, poetry submissions, and solicitations of her writing via email at sivan.sf [at] gmail [dot] com.
View all posts by Sivan Butler-Rotholz →
This entry was posted in Mark Nepo and tagged American Poetry, Celebratory Poetry, Poetry, Poetry of Faith, Spiritual Poetry. Bookmark the permalink.