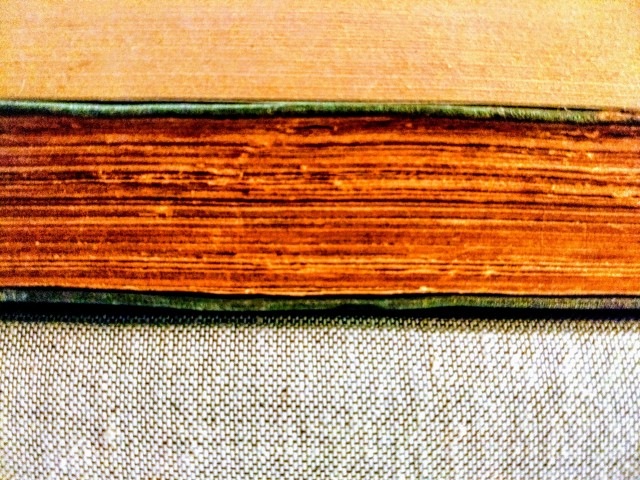 As a feminist, I admire Hanna Rosin. I enjoy the important work she’s done in co-founding DoubleX, and I regularly teach excerpts of her essay, “The End of Men,” to my undergraduate composition students. As a new, breastfeeding mom, I’m appreciative of her refreshing, my-body-my-choice approach to the Breast is Best agenda. This made Rosin’s response to The Feminist and the Cowboy author Alisa Valdes’ recent blog post (since deleted but cached here), in which Valdes revealed the terrifying abuse she suffered at the hands of the book’s “hero,” all the more surprising and disappointing.

Valdes’ memoir details her dissatisfaction with feminism and its “dreary shroud of lies,” all while lauding a man who forces her into submission, helping her to see the way things are, according to Valdes, biologically supposed to be. As Rosin points out in her initial review of the book, some of the scenes with the controlling cowboy are definitely “creepy”; the red flags have been raised.

But after Valdes comes clean about the cowboy’s aggressive, intimidating behavior, the headline of Rosin’s next Valdes piece is disaffected and bored: “The Cowboy Abused the Feminist. What a Surprise.” In this article, Rosin writes, “Many of us skeptical, desiccated feminist types suspected that submission would mostly just lead to being submissive and that the long-term result would be something less than happiness.” This criticism of the submission Valdes touts isn’t wrong. However true it may be, though, it’s not an adequate reason for glossing over the issue of domestic violence.

In her book, Valdes rejects second-wave feminism and instead aligns herself with the theory of “difference feminism,” celebrating her newfound femininity under the guidance of her macho boyfriend. Any person, a so-called “reformed” feminist or otherwise, who has been victimized, manipulated, or brainwashed by an abuser (and in Valdes’ case, it seems, over a long enough period of time for that behavior to become normalized) does not deserve a cavalier, yawning, here’s-my-shocked-face brush off from anyone, but especially not from someone who is herself a feminist.

Rosin appropriately takes Valdes to task for “publicizing a book that is encouraging women to submit themselves to a romantic formula whose end sum is ‘painful, controlling, emotionally abusive, crazymaking,’” and this is truly an important part of the conversation that we should all continue to address. Had Rosin taken the time to speak with Valdes, though (and I can’t say for sure if she attempted to reach out to her), she would have learned that, according to her conversation with Max Read at Gawker, Valdes now readily acknowledges that she’s written “a handbook for women on how to fall in love with a manipulative, controlling, abusive narcissist.”

Rosin closes her article discussing the possibility of Valdes writing a follow-up, which she may use as a platform for processing some of the cowboy’s reprehensible actions. Rosin is quick to silence that voice, “But as the cowboy would say, Alisa: Stop. It’s over.” I agree wholeheartedly with Rosin that Valdes is doing a grave, dangerous disservice by continuing to promote this sham of a love story in any way, but I think what we’re seeing in Valdes’ string of recent, controversial blog posts following the memoir’s release is an attempt to reconcile the abuse she’s suffered. How, then, is it helpful or kind or ethical to tell Valdes to put a lid on it?

If we attached that “What a Surprise” headline to the provocatively-dressed eleven year old in Texas who was gang-raped in November of 2010 or to the blackout-drunk high school student in Steubenville who last year was sexually assaulted and peed on as she was carried unconscious from party to party by members of the football team, there would be, and rightfully so, a loud and raging outcry.

So why the cold shoulder to Valdes? Is it that she marketed herself as a disgruntled product of the worst parts of feminism and used her memoir to push an anti-feminist agenda? In his article for The Atlantic, Noah Berlatsky writes that even after revealing the abuse, “In comments on her [blog] post, Valdes insists that she still rejects the feminist ideology that prevented her from trusting men. She insists she still stands by her claim that ‘feminism stole my womanhood.’” Are Rosin, and other writers and article commenters discussing this issue, feeling some flicker of validation in light of this development? If Valdes claims that feminism directed her to believe that men were un-trustworthy, and then it turned out that she couldn’t trust that powerful, manly, dominant cowboy after all, is this supercilious attitude a consequence of haughtily thinking that, well, those feminists were right?

But as feminists, as people who champion for women—for their equality, for their freedom, for acknowledgement of their value—do we really want to shame someone who rejected that ideology (and, arguably, just a small but vocal minority within the feminist umbrella) with a big dose of, hey, that’ll teach her? The feminist community should be a safe space for the many women who don’t have one, not an exclusive, snobby club only for people who subscribe to a very particular and rigid set of ideals about the movement. My experience with feminism and, in speaking with my friends and colleagues, many other men and women’s experience as well, is thankfully nothing like what Valdes has described. Regardless, to turn up our noses at her now only helps prove her point.

Some of the worst comments I’ve seen from readers of Rosin’s article and others around the Internet suggest that Valdes is making up the whole thing as some type of twisted publicity stunt (because certainly I can think of nothing that might sell a love story more than traumatizing abuse). Others, rather missing the point, demand that in light of submitting to her abuser, Valdes’ “feminist card” be revoked. The most offensive demand that Valdes “shut the fuck up” and call her an idiot, an attention-seeker, and “an embarrassment to humanity,” and then there’s just the ridiculously obnoxious, such as, “Giddy-up, bee atch.” Are we not better than this? When we find out a woman has suffered through a violent relationship, do we really believe that the appropriate response is to tell her we guess that means she really isn’t a feminist? Or worse, that she brought it on herself? That she deserved it?

In September, Mary Elizabeth Williams smartly shut down the idea that Rihanna should be castigated for her reconciliation with abuser Chris Brown; yet when Valdes writes a book in which she professes her love for a man who she later begins to realize is abusive, or even after that, when she reflects on her complicated feelings for her former abuser and denies some of the worst conclusions being drawn about him (a pretty common consequence of a long-term, abusive relationship), the common response seems to be annoyance that anyone, least of all Valdes, is surprised by this information.

Valdes is being shamed when what she needs is a supportive community that won’t stand for domestic violence to rally around her. Where is the calling out of the publishing community—her publisher, agent, and editor who read early drafts of this book, who surely must have seen the obvious, early warning signs of manipulative, controlling, and dangerous behavior that many reviewers have already mentioned—and still elected to market the book to women as a beautiful romance with a fairy-tale finish? (To be fair, Max Read at Gawker has at least mentioned this issue of mutual accountability.)

Tracy Clark-Flory recounts some of Valdes’ abuse in her article at Salon, detailing in Valdes’ words from her initial blog post that the “cowboy became emotionally and physically abusive, and during one fight ‘simply dragged me down the hall to the bedroom, bent me over, and took me, telling me as he did so that I must never forget who was in charge.’”

Yet both Berlatsky and Rosin, in their respective articles, describe this particular incident from Valdes’ now shattered love story as “something close to rape.” As Valdes has told it, however, dragging a woman down the hall during a fight and then physically entering her body while you remind her who’s in charge is rape. Are people choosing not to call it that because then they’d have to show more outrage?

Regardless of whether or not we agree with every decision Valdes has made up to this point or with the way she’s choosing to communicate parts of her story currently, she is brave for speaking out about her experience. The message of Valdes’ book is, frankly, reprehensible, but voicing the truth about Steve Lane’s twisted behavior—possibly at risk to her own physical safety—so that others who might still read her book have a more accurate understanding of what was really going on is commendable.

One thing that I imagine would be the helpful for Valdes at this point, as with any abuse victim, is a little empathy. What is certainly not helpful are other men and women, other feminists, rolling their eyes in light of this news. If this is the so-called “feminism” that Valdes felt she had to run away from, honestly, can we really blame her?

Kirsten Clodfelter holds an MFA in Creative Writing from George Mason University. Her work has been previously published in The Iowa Review, Brevity, Word Riot, Narrative Magazine (as the runner-up in their 2011 30-Below contest), Rock & Sling, and Hunger Mountain, among others. She is a regular blog contributor at Fogged Clarity, and she writes and teaches in Southern Indiana. You can read some facts about her at KirstenClodfelter.com.

3 Responses to Okay but Seriously, Stop Blaming the Victim