Is There a Gene for That? 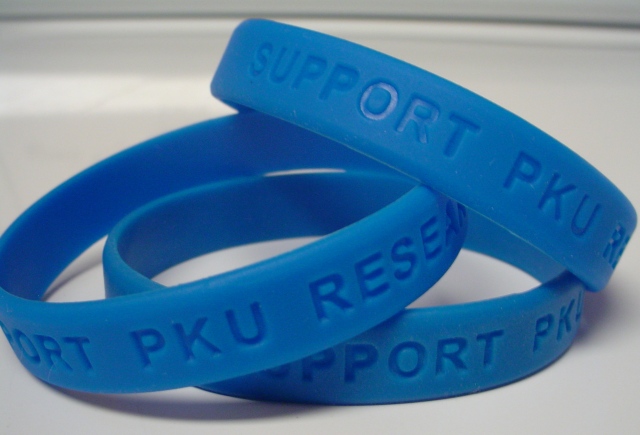 Is There a Gene for That?
By John Unger Zussman

In the eight years since the human genome was sequenced, the search has been on for genes that underlie various diseases and disorders. We seem to be obsessed with genetic explanations for human physiology and behavior.

And when we find them, we often assume that biology is inescapable destiny. For example, some women with no evidence of cancer, but with one of the breast cancer mutations (BRCA1 or BRCA2), choose to have preventive mastectomies rather accept the elevated risk of breast cancer they have inherited. In the race between nature and nurture, nature seems to be winning—at least in our minds.

I want to argue here that nature vs. nurture is the wrong way to think about this question. Not everyone with a BRCA mutation develops breast cancer. Something must be intervening between genetics and outcome. The problem with BRCA is we don’t know what.

There are other conditions, however, where we do know the intervening factors. So, to illustrate this new perspective, let’s examine a serious disease called phenylketonuria.

Never heard of it? Perhaps you’ve noticed the fine print on a can of diet soda that says Phenylketonurics: Contains phenylalanine. If you’ve wondered what those words mean and whether you should avoid diet soda—you should, but not because of the warning—read on.

Phenylketonuria (FEE-nil-KEE-tun-YUR-ia, but you can call it PKU) is a rare gene-linked condition that affects about 1 out of 10–15,000 people in the U.S. Phenylketonurics have trouble producing an enzyme that metabolizes the essential amino acid phenylalanine (one of the building blocks of proteins). Phenylalanine is found in most proteins in the human diet (including breast milk) and the artificial sweetener NutraSweet (aspartame), which is used in many “sugar-free” food products and over-the-counter medicines. If phenylalanine builds up in the blood, it can outcompete other amino acids in transport across the blood-brain barrier, starving the brain of other amino acids that are necessary for development. Serious cognitive impairment can result, including mental retardation, ADHD, brain damage, and seizures.

In developed countries, most newborns are screened for PKU soon after birth by testing blood for phenylketones. If PKU is diagnosed, parents are advised to start the child on a special diet low in phenylalanine. Some phenylalanine is necessary, but it must be strictly limited. This means severe restrictions on meat, chicken, fish, eggs, nuts, cheese, legumes, milk, and other dairy products, and no aspartame. Infants’ diets are often supplemented with special formula; as the child grows, pills or special protein foods can substitute. By following this diet, phenylketonurics can avoid phenylalanine buildup and its serious effects, and lead fully normal lives.

When I first lectured about PKU years ago, it was believed that phenylketonurics could go off the special diet by age 5-6 and no further damage would result. However, later research confirmed the benefits of extending the diet to age 18, and now, “for life.”

Since PKU is caused by an anomaly in a single gene that interferes with enzyme production, you might think of it as a textbook example of a completely genetic disorder. (Technically, it’s a recessive autosomal disorder, in which the child inherits one copy of the mutation from each parent.) And from the point of view of a child fed a “normal” diet, you’d be right. Whether she suffers the cognitive damage of PKU depends completely on whether she has two copies of the mutation. It’s 100% nature and 0% nurture, right?

Well, no. Because diet mediates the effect of the gene. So consider the situation from the point of view of a child with two copies of the mutation. Whether she suffers the cognitive damage of PKU depends completely on her diet. It’s 0% nature and 100% nurture!

When you think about it, that’s true almost by definition. Genes are not directly apparent in our physiology and behavior; they are always expressed through the physical environment of our bodies, brains, and their surroundings. In a recent blog post, California geriatrician Walter Bortz talks about the Pima Indians of Arizona, who have one of the highest rates of type 2 diabetes in the world.

When these folks pursue their very physically active lives south of the border, in Mexico, they have no diabetes. But as soon as they cross north of the Rio Grande, they find McDonald’s and a far-more leisurely life.  They soon thereafter develop diabetes. Their genes certainly have not changed during their trip north, but their lifestyle did.

If the Pima have an underlying genetic predisposition for diabetes—and no such genes have yet been found—it is masked until they enter the world of fast food and couch surfing.

(Bortz is an octogenarian marathon runner who just published his seventh book, Next Medicine, a dire diagnosis and optimistic prescription for the American health care system that is well worth reading.)

When you start to look for the nature/nurture interaction, you see it everywhere. We generally think of physical height as highly heritable. But the genes for tallness can be undermined by poor diet. Bortz cites research by John Komlos of the University of Munich, who has studied population height over time. Two hundred years ago, the average Dutch man was 3 inches shorter than the average American. Now, he is 3 inches taller, at 6’1”. Genes don’t change this quickly—but diet and nutrition do. “America has gone from being the tallest nation in the world,” observes Komlos, “to the fattest.”

In the last few decades, we have learned a great deal about the factors that influence genetic expression. Everything goes into the mix, from the prenatal environment of your mother’s womb, to the viruses you happen to be exposed to, to the billions of microbes that live in your gut, to the air you breathe, the water you drink, and the food you eat. (Of course, these factors can also cause mutations in our genes, not part of our genetic inheritance, that can cause cancer and other disorders.)

In addition, the whole science of epigenetics has emerged—the study of what turns genes on and off—telling us that environmental factors like diet, behavior, and environmental toxins are key. I’ll leave epigenetics to a future post, but significantly, these epigenetic switch settings can be passed down to future generations. Not only does environment influence the way genes are expressed, it also directly influences those genes themselves.

So the next time you hear a claim that some characteristic or quality is 80% (or 50% or 20%) genetic, think twice. At best, it’s an oversimplification; at worst, it’s wrong. Many factors intervene between gene and outcome. Nature and nurture are invariably, inextricably intertwined. If we understand that, we can make wiser decisions about our health and our lives.

To learn more about PKU, see Wikipedia, PubMed Health, or the National Society for Phenylketonuria. I also found good online explanations of PKU by Tracy Beck and Dr. Janet Starr Hull (who takes on aspartame as well).

John Unger Zussman is an award-winning screenwriter, creative writer, and technical writer from Portola Valley, California. His essays have been published in The Sun Magazine. He has won a Grammy Award (as a member of the San Francisco Symphony Chorus), but there’s room on the shelf for an Oscar and a Pulitzer. John also works as a corporate storyteller in info and biotech and holds a PhD in Psychology from Stanford University.
View all posts by John Unger Zussman →
This entry was posted in John Unger Zussman, Uncategorized and tagged Epigenetics, Genes, Human genome, Nature vs. nurture, Phenylketonuria, PKU, Walter Bortz. Bookmark the permalink.

2 Responses to Is There a Gene for That?