Posted on September 17, 2010 by lezliemayers 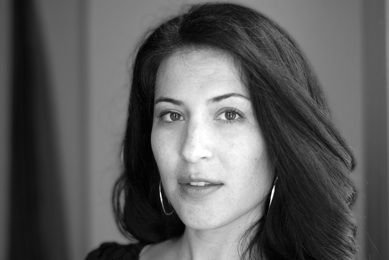 What’s the drunk waxwing supposed to do
when all day’s been an orgy of red buds
on the winery’s archway off Gehricke Road
and it’s too far to make it home, too long
to fly, even as the sober crow goes. What’s
the point of passion when the pyracantha
berries keep the blood turned toward
obsess, obsess. Don’t you know those birds
are going to toss themselves to the streets
for some minor song of happiness? And
who can blame them? This life is hard.
And let me be the first to admit, when I
come across some jewel of pleasure, I too want
to squeeze that thing until even its seedy heart
evaporates like ethanol, want to throw my
bird-bones into the brush-fire until,
half-blind, all I can hear is the sound
of wings in the relentlessly delighted air.

Ada Limon is originally from Sonoma, California. With a Masters of Fine Arts from the Creative Writing Program at New York University, she has received fellowships from the Provincetown Fine Arts Work Center, New York Foundation for the Arts, and won the Chicago Literary Award for Poetry. Her first book, Lucky Wreck, was the winner of the 2005 Autumn House Poetry Prize. Her second book, This Big Fake World, was the winner of the 2005 Pearl Poetry Prize. Her mother, Stacia Brady is an artist in California and has painted the cover images of all three books of poems. Her third book of poems, Sharks in the Rivers, is coming soon from Milkweed Editions. She is currently working on a book of essays and a novel.

This entry was posted in Ada Limon and tagged American Poetry, Literature, Poetry. Bookmark the permalink.