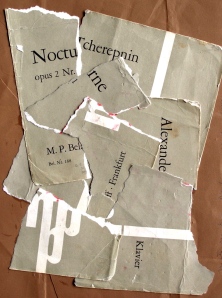 ARCHAEOLOGY OF THE GOOD LIFE

A Manifesto for the San Francisco Collage Collective

Few people can tolerate a long silence in the middle of a conversation these days. It is the sound of someone pulling a pin on a hand grenade.

As the interior world of the individual is increasingly mapped and occupied – it is primarily the imagination that has been decimated or taken over. People are no longer able to dream beyond their circumstances.

The vacant lots are filled with trash and they are no longer outside. Colonization no longer applies only to the world at large – it is an internal state.

America, once the nation of dreams for a better life, now careens forward as the standard bearer of personalized hallucinations – the unsurpassed leader of colonization – not of places so much as the mind. The dreams we currently export and enact are off the shelf factory made fetishes. If you think we are not talking about you then ask yourself – do you not wish to be a rock star, actor, writer, artist, entrepreneur, captain of industry?

Just consider this: In some places vast numbers of the population still believe they will win the lottery.

This manifesto may be redeemed as a coupon for your life. For those with a little more ambition there is a soul crushing existence awaiting you – the mundane dramas of the ‘good life’ – which to us resembles a happiness like Disneyland – a miniature golf-tournament with despair.

At no time in history has the individual faced such a barrage of relentless amusements, commands, empty pleasures and distractions. Every sense is continuously occupied, every waking moment filled, every orifice spoken to, pleasantly stroked or assaulted. All of it a series of carefully constructed events which are meant to distract.

The silence and emptiness that looms ominously in the background stands as a kind of terrorism. Possessed by the disembodied voices of radio hosts, aversions, favorite things, bosses, red lipstick, TV shows, the local news, advertisements, sexual escapades, movies, media, – a person has no choice but to wander through life as a ghost lost in a supermarket.

Yet at odd moments the plaster falls off, – a moment comes when the ocean draws back and reveals all the dead things left on the shore. It was for this reason that the surrealists loved ruins.

There are instances in which time opens – one becomes cognizant of the infinity behind things – that silence holds a tension like the electricity in the air before lightening strike, revealing everything in a flash of insight. It is out of such cracks in the architecture of life that our most inspired thoughts and sentiments come into being.

Small outposts against the storm have always existed in recondite art movements through history, seeds that like wheat may germinate only after a hundred years. The San Francisco Collage Collective takes its modest place among them. In such cases it is the Freedom of the margins that is lived, the things that were once thrown away become a graveyard for new meaning. Where nobody is watching there is always possibility. A collage made of artifacts from a walk; a celebrated ‘drift’ provides a window to the future. It was Phillip K. Dick who rightly observed that trash was “the intersection of the divine.” and it was Guy Debord who declared in 1953 “We will change the world by wandering.”

The apparent uselessness and idle strolls, the turning of pages as we inspect the picture book, all with an eye for a new assembly and terrain is the antidote we have discovered. We declare now that it will set us free.

Paul Occam is the pen name of a San Francisco writer. This piece was written on the occassion of the SF Collage Collective’s first exhibition in early 2008. It has been disseminated by hand, but not otherwise published.